- Fact and Fiction in the Golden Age 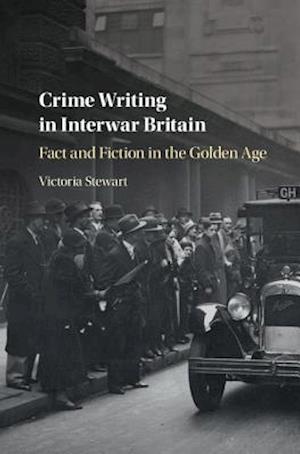 The interwar period is often described as the 'Golden Age' of detective fiction, but many other kinds of crime writing, both factual and fictional, were also widely read during these years. Crime Writing in Interwar Britain: Fact and Fiction in the Golden Age considers some of this neglected material in order to provide a richer and more complex view of how crime and criminality were understood between the wars. A number of the authors discussed, including Dorothy L. Sayers, Marie Belloc Lowndes and F. Tennyson Jesse, wrote about crime in essays, book reviews, newspaper articles and works of popular criminology, as well as in novels and short stories. Placing debates about detective fiction in the context of this largely forgotten but rich and diverse culture of writing about crime will give a unique new picture of how criminality and the legal process were considered at this time.

Forfattere
Bibliotekernes beskrivelse While detective fiction was hugely popular in interwar Britain, a wealth of other kinds of factual and fictional crime writing was also widely read during these years. This book examines some of this neglected material and provides a more complex view of how crime and criminality were understood between the wars. Worked examples or Exercises