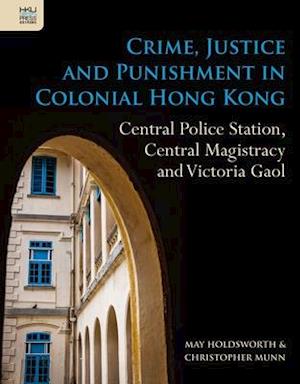 Standing close together in a compound overlooking Victoria Harbour, the Central Police Station, Central Magistracy, and Victoria Prison were a bastion of British colonial power and a symbol of security, law, and punishment. The magistracy administered a form of cheap summary justice heavily adapted to the needs of colonial Hong Kong, which led to well over a million predominantly Chinese people being sentenced between 1841 and 1941. In the overcrowded and unsanitary Victoria Prison, the regime vacillated uneasily between a belief in harsh deterrent punishment and an optimistic faith in reform and rehabilitation. Today, those monumental buildings still stand, forming Hong Kong's "Tai Kwun" complex, an international arts and entertainment hub. Richly illustrated and informed by a wealth of sources, Crime, Justice, and Punishment in Colonial Hong Kong revisits the Tai Kwun complex's past by offering a vivid account of those three institutions from 1841 to the late twentieth century and telling the stories of people whose lives intersected with them, including captains superintendent, and magistrates, jailers and constables, thieves and ruffians, hawkers and street boys, down-and-outs, and prostitutes, gamblers, debtors, and beggars--the guilty as well as the innocent.