indgår i serie The History of Retailing and Consumption 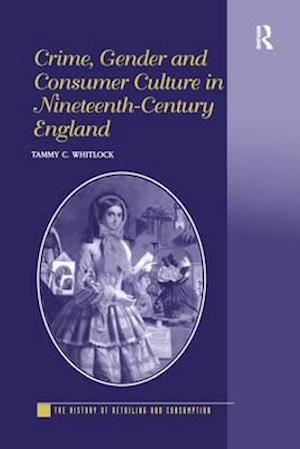 Whilst the actual origins of English consumer culture are a source of much debate, it is clear that the nineteenth century witnessed a revolution in retailing and consumption. Mass production of goods, improved transport facilities and more sophisticated sales techniques brought consumerism to the masses on a scale previously unimaginable. Yet with this new consumerism came new problems and challenges. Focusing on retailing in nineteenth-century Britain, this book traces the expansion of commodity culture and a mass consumer orientated market, and explores the wider social and cultural implications this had for society. Using trial records, advertisements, newspaper reports, literature, and popular ballads, it analyses the rise, criticism, and entrenchment of consumerism by looking at retail changes around the period 1800-1880 and society's responses to them. By viewing this in the context of what had gone before Professor Whitlock emphasizes the key role women played in this evolution, and argues that the dazzling new world of consumption had beginnings that predate the later English, French and American department store cultures. It also challenges the view that women were helpless consumers manipulated by merchants' use of colour, light and display into excessive purchases, or even driven by their desires into acts of theft. With its interdisciplinary approach drawing on social and economic history, gender studies, cultural studies and the history of crime, this study asks fascinating questions regarding the nature of consumer culture and how society reacts to the challenges this creates.