Crime and Management, and Other Tall Tales 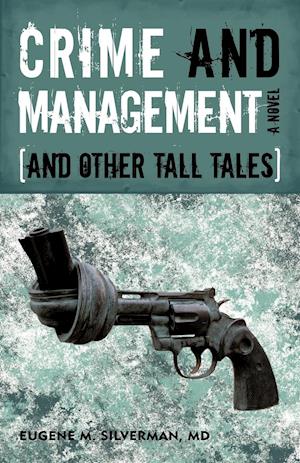 In Crime and Management, and Other Tall Tales, Carmine Cacciaguida gets a toy car for his fifth birthday. He checks his father's car to see if it works the same way and discovers a dead body in the trunk. Years later, he becomes boss of his father's gang but hates the violence. He and his daughter Claire devise a way to manage violent crime, similar to the way HMOs manage health care. Constituents pay insurance, the proceeds of which go to the criminals to ensure that they don't commit crimes. Victims of crime are reimbursed from this collected money reducing what the criminals get. So the criminals have no incentive to commit crimes. The story traces Carmine's idea from its birth to implementation through deals with politicians and the contentious but humorous heads of the twelve major crime families in New York City. After one year, crime is down thirty-four percent in the city and Carmine makes plans to extend the network outside of the city. The six other tall tales reflect the quests for emotional intimacy of a dying Nobel laureate, a reluctant Don Juan, and the point of view of a surprised frog, an icon and a teapot, an artist who takes liberties with a statue, and a politician's wife. "Exciting, readable, humorous, full of multicultural flavors...but beneath all that is the ingenious comparison of ways of dealing with medical needs and a potential way of dealing with crime." -Robert Kahn, Director, Institute for Social Research