- A Cultural History of Us Mesmerism 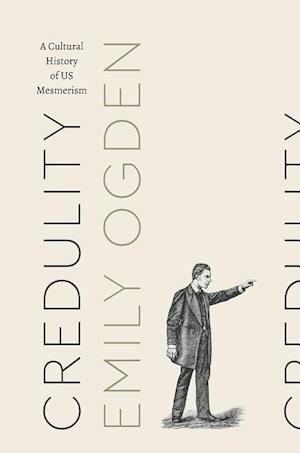 From the 1830s to the Civil War, Americans could be found putting each other into trances for fun and profit in parlors, on stage, and in medical consulting rooms. They were performing mesmerism. Surprisingly central to literature and culture of the period, mesmerism embraced a variety of phenomena, including mind control, spirit travel, and clairvoyance. Although it had been debunked by Benjamin Franklin in late eighteenth-century France, the practice nonetheless enjoyed a decades-long resurgence in the United States. Emily Ogden here offers the first comprehensive account of those boom years. Credulity tells the fascinating story of mesmerism's spread from the plantations of the French Antilles to the textile factory cities of 1830s New England. As it proliferated along the Eastern seaboard, this occult movement attracted attention from Ralph Waldo Emerson's circle and ignited the nineteenth-century equivalent of flame wars in the major newspapers. But mesmerism was not simply the last gasp of magic in modern times. Far from being magicians themselves, mesmerists claimed to provide the first rational means of manipulating the credulous human tendencies that had underwritten past superstitions. Now, rather than propping up the powers of oracles and false gods, these tendencies served modern ends such as labor supervision, education, and mediated communication. Neither an atavistic throwback nor a radical alternative, mesmerism was part and parcel of the modern. Credulity offers us a new way of understanding the place of enchantment in secularizing America.