- A History of Ancient Greece 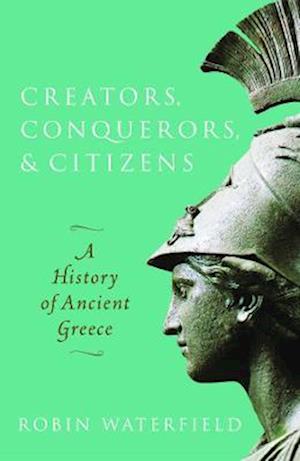 'WE GREEKS ARE ONE IN BLOOD AND ONE IN LANGUAGE; WE HAVE TEMPLES TO THE GODS AND RELIGIOUS RITES IN COMMON, AND A COMMON WAY OF LIFE.' So the fifth-century historian Herodotus has the Athenians declare, in explanation of why they would never betray their fellow Greeks to their 'barbarian' Persian enemy. And he could easily have added other common features to this list, such as clothing, culinary traditions, and political institutions. But if the Greeks understood their kinship to one another, why did so many of them fight for the invading Persians? And why, more generally, is ancient Greek history so often one of internecine wars and other, less violent forms of competition? This extraordinary contradiction is the central theme of Robin Waterfield's magisterial new history of ancient Greece. From their emergence in the Mediterranean around 750 BCE to the Roman conquest of the last of the Greco-Macedonian kingdoms in 30 BCE, this is the complete story of the ancient Greeks. Equal weight is given to all eras of Greek history-the Archaic, Classical, and Hellenistic periods-and to the celebrated figures who shaped it, from Solon and Pericles to Alexander and Cleopatra. In addition, by incorporating the most recent scholarship in classical history and archaeology, the book providesfascinating insights into Greek law, religion, philosophy, drama, and the role of women and slaves in ancient Greek society. A brilliant account of a remarkable civilization, Creators, Conquerors, and Citizens presents a comprehensive and compelling portrait of the perennial paradox of ancient Greece:political disunity combined with underlying cultural solidarity.

Forfattere
Bibliotekernes beskrivelse A fascinating, accessible, and up-to-date history of the Ancient Greeks. Covering the Archaic, Classical, and Hellenistic periods, and centred around the disunity of the Greeks, their underlying cultural unity, and their eventual political unification. Approx. 30 halftones and 10 line drawings