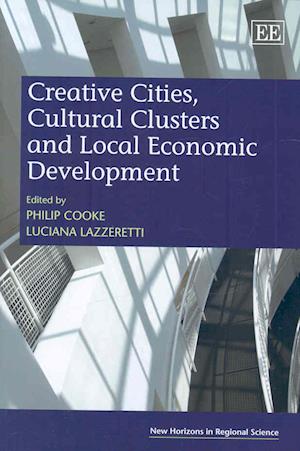 This book analyses the economic development of cities from the 'cultural economy' and 'creative industry' perspectives, examining and differentiating them as two related but distinct segments of contemporary city economies. The authors argue that although they are normally conflated, the first is largely subsidized while the second is highly entrepreneurial hence they actually make very different kinds of contribution to a city's character, attractiveness and competitiveness. Creative Cities, Cultural Clusters and Local Economic Development also examines the nature of agglomeration economies, drawing on evidence from two types of clustering activity based in the cultural economy. The first type is exemplified in the chapter analysing the long-established Florentine art restoration cluster beside the Arno that exports its services globally to other art cities such as Kyoto. The second type is denoted by creative industry clusters such as new media, film-making and music in a variety of city contexts. The book concludes with an invaluable review and mapping of these developments in relation to their contributions to the city economies, labour markets and societies in which they operate.The book will appeal to academics and scholars of urban and regional studies and cultural economics. Policymakers and others involved in the creative industries and the cultural economy will also find much to engage them.