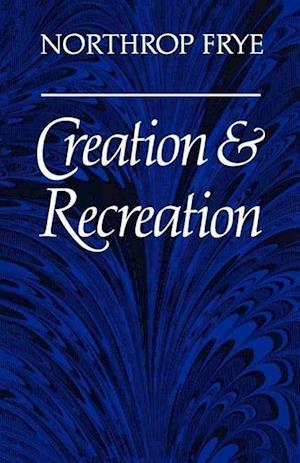 Here Professor Frye analyses the way in which the structure and imagery of literature have been affected by the complex of ideas and images surrounding the word 'creation.' Traditionally, everything associated with nature, reality, settled order, the way things are, is supposed to go back to the creation, the original divine act of making the world. If the word 'creative' is applied to human activities, the humanly creative is whatever profoundly disturbs our sense of 'the' creation, a reversing or neutralizing of it. What seems to be one of the few admirable forms of human achievement, the creation of the arts, turns out to be a kind of 'decreation.'The imagery of creation lies at the heart of every mythology and every development of the arts, though Professor Frye distinguishes between the stories of creation that look up to heaven and those that look down to earth. To these he contrasts human creativity, which is projected on the future, and recorded in various forms of the arts ranging from pastoral poetry to architecture. It is this counter-movement of creation set up by man, as reflected particularly in literature, that he calls 'recreation.'Originally delivered as the 1980 Larkin-Stuart Lectures, this book provides an intriguing and provocative insight into the notion of creation and of the relationship in creativity between the human and the divine.