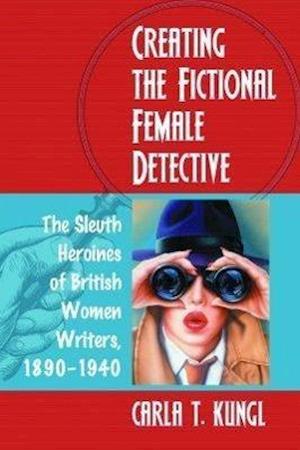 This study examines a number of previously overlooked or undervalued women detective fiction writers of the late 19th and early 20th centuries and traces their relationship to later women writers who shaped the future of the genre: Dorothy Sayers, Agatha Christie, and Gladys Mitchell. This work argues that their use of the female detective character served as a means through which they were able to establish their professional authority in the detective fiction genre. Women writers employed a variety of narrative strategies to explore the tensions between society's underlying domestic ideology and women's entrance into the work force during this time period. Creating female detectives and employing these narrative strategies helped women writers establish professional authority by providing them with ways of expressing their ability to write in this genre and adapting it as a vehicle for women's writing. The study examines the critical importance of early female detectives. Many critics and editors have dismissed these early detectives as conventional and trite, ignoring the genre's rich variety. Yet female fictional detectives appear as both paid professionals and gifted amateurs; single, married, widowed; older spinsters and young adventurers; detecting for pleasure and to clear their own or a loved one's name. In choosing to create female detectives who were both varied and unusual, women writers confronted some of their own literary anxieties and ultimately were able to explore the ways they would create new routes to women's authority within a male-dominated culture and specifically in the genre of detective fiction.