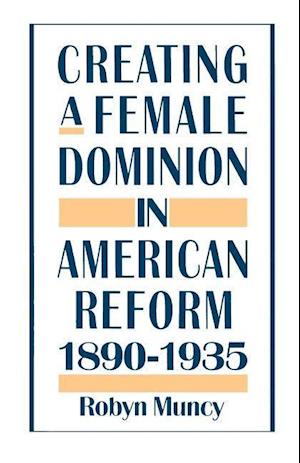 In this book, Muncy explains the continuity of white, middle-class, American female reform activity between the Progressive era and the New Deal. She argues that during the Progressive era, female reformers built an interlocking set of organizations that attempted to control child welfare policy. Within this policymaking body, female progressives professionalized their values, bureaucratized their methods, and institutionalized their reforming networks. To refer tothe organizational structure embodying these processes, the book develops the original concept of a female dominion in the otherwise male empire of policymaking. At the head of this dominion stood the Children's Bureau in the federal Department of Labor. Muncy investigates the development of thedominion and its particular characteristics, such as its monopoly over child welfare and its commitment to public welfare, and shows how it was dependent on a peculiarly female professionalism. By exploring that process, this book illuminates the relationship between professionalization and reform, the origins and meaning of Progressive reform, and the role of gender in creating the American welfare state.