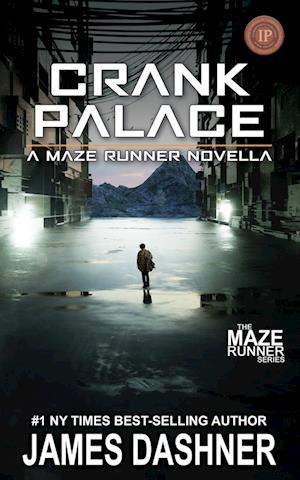 Newt has been to hell and back with his friends.

The Glade. The Maze. The Scorch. The inner halls of WICKED. But now he has a burden that can’t be shared with Thomas and the others—the Flare. And Newt can’t bear the thought of his friends watching him descend into madness as he succumbs to the virus.

Leaving only a note, Newt departs the Berg before the Gladers return from their mission into Denver, Colorado. From there, he experiences the gritty nightmare of life on the streets, running from the infected and those hunting them, until he ends up in the Crank Palace, the last dumping ground of those without hope. Although Newt thought he was running away from his friends to save them from himself, along the way he meets a young mother named Keisha and her son, Dante, who end up saving Newt in a way he could never have imagined.

Taking place during the latter events of The Death Cure, Crank Palace tells the story of Newt like never before, from inside his own mind, as he searches for meaning in a life gone horribly wrong. He will try to fulfill a new-found destiny before his path leads to its inevitable conclusion—and one last meeting with his best friend.