- America at the Olympics

indgår i serie SPORT IN THE GLOBAL SOCIETY 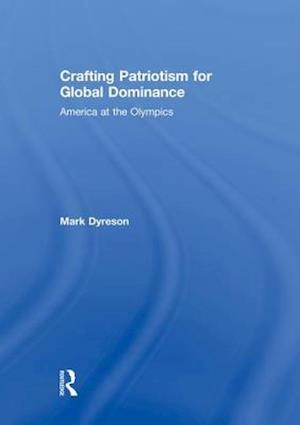 In 2008 China plans to use the Olympic Games to remake its national identity in the global marketplace. In so doing China treads the path blazed by the United States. For more than a century the U.S. has used the Olympic Games to construct national identity, create communal memory, and craft patriotic mythology. From opening parades where the American team refuses to dip its flag in order to signal American exceptionalism to the closing ceremonies where the U.S. media trumpet that their team owes its medals not to superior athleticism but to the nation's peerless social and political systems, Olympic Games have served as sites to bolster American nationalism. More than any other nation, the United States has politicized its Olympic participation. In the process a host of myths about American superiority in global encounters has emerged through the Olympics. In memorializing and mythologizing their Olympic teams Americans have revealed the contours of the racial, gender, and class dynamics that animate their peculiar nationhood. These essays explore the history of expressions of American national identity in Olympic arenas.This book was published as a special issue of the International Journal of the History of Sport.