- The Politics of Subnational Judicial Reform in Brazil and Mexico 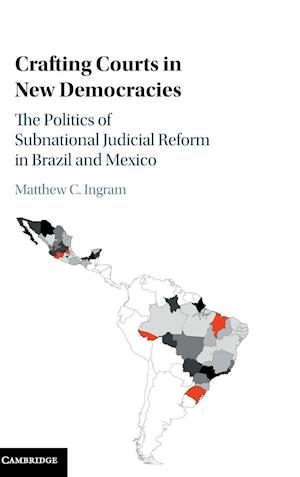 The role of Latin American courts in facilitating democracy and economic liberalization is considerable. But while national 'high courts' have been closely studied, the form, function, and empowerment of local courts are still not well understood. In Crafting Courts in New Democracies, Matthew C. Ingram fills this gap by examining the varying strength of local judicial institutions in Brazil and Mexico since the 1980s. Combining statistical analysis and in-depth qualitative research, Ingram offers a rich account of the politics that shape subnational court reform in the region's two largest democracies. In contrast to previous studies, theoretical emphasis is given to the influence of political ideas over the traditional focus on objective, material incentives. Exhaustively researched and rigorously presented, this book will appeal to scholars and policymakers interested in the judiciary, institutional change, Latin America, the causal role of ideas, justice reform, and the rule of law.