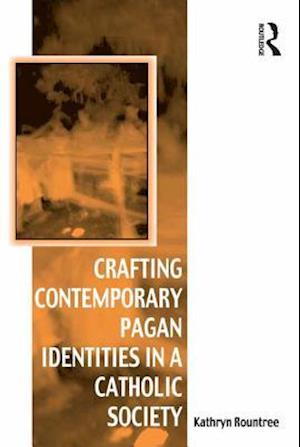 Contemporary western Paganism is now a global religious phenomenon with Pagans in many parts of the world sharing much in common - from a nature-revering worldview and lifestyle to a host of chants, invocations, ritual tools and magical practices. But there are also locally-specific differences. Local religious contexts, landscapes, histories, traditions, politics, values and norms all impact on local Paganisms. This is nowhere more evident than in a strongly Catholic society, where religion and culture are deeply entwined. Taking the Mediterranean society of Malta as a case study, this book invites readers inside the world of a small, hidden sub-culture. Showing what it is like being Pagan in a society where the vast majority of the population is Roman Catholic, and Catholicism permeates every sphere of public and domestic, social and political life, Rountree reveals that Paganism here is a unique brew of indigenous and global influences. Pagans employ both creativity and borrowing in constructing identities within a cultural context characterized by antagonism as well as continuity. This book explores the intersections of religious and cultural identity, the global and local, Paganism and Christianity, with insights grounded in rich ethnographic detail based on long-term fieldwork. Rountree makes invaluable comparisons with other studies of modern Pagans and their various worlds.