Cracks in the Dome: Fractured Histories of Empire in the Zanzibar Museum, 1897-1964 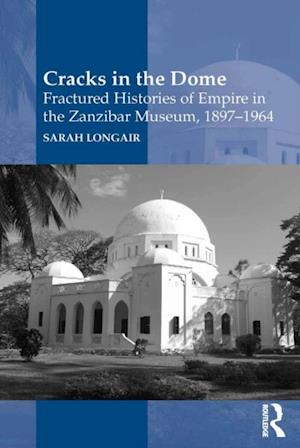 As one of the most monumental and recognisable landmarks from Zanzibar's years as a British Protectorate, the distinctive domed building of the Zanzibar Museum (also known as the Beit al-Amani or Peace Memorial Museum) is widely known and familiar to Zanzibaris and visitors alike. Yet the complicated and compelling history behind its construction and collection has been overlooked by historians until now. Drawing on a rich and wide range of hitherto unexplored archival, photographic, architectural and material evidence, this book is the first serious investigation of this remarkable institution. Although the museum was not opened until 1925, this book traces the longer history of colonial display which culminated in the establishment of the Zanzibar Museum. It reveals the complexity of colonial knowledge production in the changing political context of the twentieth century British Empire and explores the broad spectrum of people from diverse communities who shaped its existence as staff, informants, collectors and teachers. Through vivid narratives involving people, objects and exhibits, this book exposes the fractures, contradictions and tensions in creating and maintaining a colonial museum, and casts light on the conflicted character of the 'colonial mission' in eastern Africa.