Courts and the Culture Wars 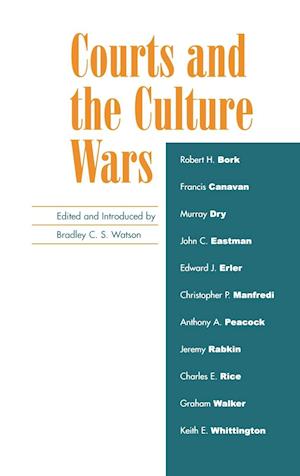 For much of the second half of the twentieth century, America's courts-state and federal-have injected themselves into what many critics consider to be fundamentally moral or political disputes. By constitutionalizing these disputes, many feel that the courts have reduced the ability of Americans to engage in traditional, political modes of settling differences over issues that excite particular passion. While legal discourse is well suited to choosing decisive winners and losers, political discourse is perhaps more conducive to reasonable compromise and accommodation. In Courts and the Culture Wars Bradley C. S. Watson has brought together some of America's most distinguished names in constitutional theory and practice to consider the impact of judicial engagement in the moral, religious, and cultural realms-including such issues as school prayer, abortion, gay rights, and expressive speech.