Courting Her & Serving Her Collection 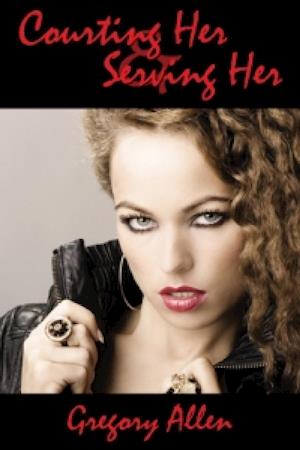 In Courting Her, Alex is so smitten with Kimberly, he barely notices her seizing control in their budding relationship. However, when he carelessly puts his feet up on the coffee table and fails to remove them as soon as he's told, he gets put over her lap for a punishment spanking. He burns with humiliation, but his desire for the daunting female only increases. He pleasures her twice, spends the night with her naked in his bed, but he gets nothing for himself. When he timidly complains, Kimberly gets Alex to give her absolute control over his sexual release. If he is to get any sexual satisfaction from the relationship it will be on her terms, by her rules, and only after he's devotedly served her and she finds him worthy. After Courting Her, Alex feels happy and content belonging to a woman he adores, but Kimberly is not about to let her new submissive boyfriend get complacent. She spends an evening meeting his friends and sneaks Alex into the bedroom for a punishment, followed by a goodnight kiss, which Alex eagerly applies. He soon discovers that Kimberly's openly dominant nature will make keeping his place in their female-led relationship a secret impossible. He will have to fully integrate his submissive desires into his new life with Kimberly, if he is to reach the level of dedication she requires for serving her.