Course in Russian History: The Time of Catherine the Great 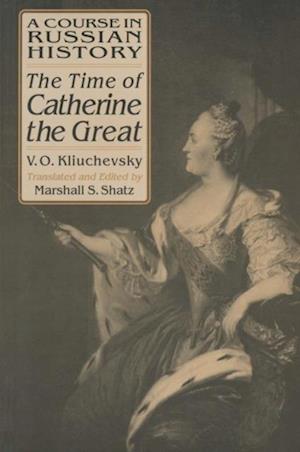 In this newly-translated excerpt from his five-volume 'Course', Kliuchevsky (1841-1911) provides a colourful description of Russian court life in the 18th century, a dramatic narrative of the coup d'etat that brought Catherine II to power, a portrait of the empress herself, and an analysis of her foreign conquests and her major internal initiatives. While Kliuchevsky is critical of Catherine, he draws upon her memoirs and other writings and the accounts of her contemporaries to achieve a well-rounded and deeply human analysis of her character and personality. It is an extraordinary act of historical re-creation of the sort that brought Kliuchevsky such renown in his own time, and it remains so lifelike that it fairly leaps off the page. Kliuchevsky's examination of Western influence in Catherine's reign leads him to questions that were of urgent significance for Russia's development in his own day, and have remained so ever since: how to use Western ideas and practices to improve and enrich Russian life, without turning them into idle fashions or political bludgeons, and where to find the social leadership capable of performing such a delicate task.