Course In Analysis, A - Volume I: Introductory Calculus, Analysis Of Functions Of One Real Variable 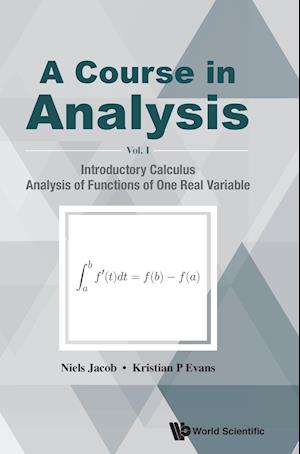 Part 1 begins with an overview of properties of the real numbers and starts to introduce the notions of set theory. The absolute value and in particular inequalities are considered in great detail before functions and their basic properties are handled. From this the authors move to differential and integral calculus. Many examples are discussed. Proofs not depending on a deeper understanding of the completeness of the real numbers are provided. As a typical calculus module, this part is thought as an interface from school to university analysis.Part 2 returns to the structure of the real numbers, most of all to the problem of their completeness which is discussed in great depth. Once the completeness of the real line is settled the authors revisit the main results of Part 1 and provide complete proofs. Moreover they develop differential and integral calculus on a rigorous basis much further by discussing uniform convergence and the interchanging of limits, infinite series (including Taylor series) and infinite products, improper integrals and the gamma function. In addition they discussed in more detail as usual monotone and convex functions.Finally, the authors supply a number of Appendices, among them Appendices on basic mathematical logic, more on set theory, the Peano axioms and mathematical induction, and on further discussions of the completeness of the real numbers.Remarkably, Volume I contains ca. 360 problems with complete, detailed solutions.