indgår i serie Thought in the ACT 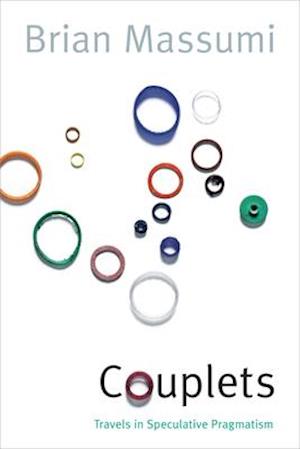 In Couplets, Brian Massumi presents twenty-four essays that represent the full spectrum of his work during the past thirty years. Conceived as a companion volume to Parables for the Virtual, Couplets addresses the key concepts of Parables from different angles and contextualizes them, allowing their stakes to be more fully felt. Rather than organizing the essays chronologically or by topic, Massumi pairs them into couplets to encourage readers to make connections across conventional subject matter categories, to encounter disjunctions, and to link different phases in the evolution of his work. In his analyses of topics ranging from art, affect, and architecture to media theory, political theory, and the philosophy of experience, Massumi charts a field on which a family of conceptual problems plays out in ways that bear on the potentials for acting and perceiving the world. As an essential guide to Massumi's oeuvre, Couplets is both a primer for his new readers and a supplemental resource for those already engaged with his thought.