Countering Terrorism in Britain and France

- Institutions, Norms and the Shadow of the Past 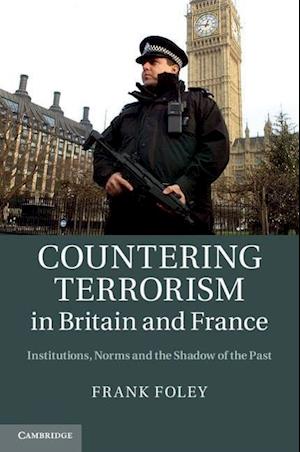 Though Britain and France have faced a similar threat from Islamist terrorism in the years following September 11 2001, they have often responded in different ways to the challenges it posed. This groundbreaking work offers the first in-depth comparative analysis of counterterrorist policies and operations in these two leading liberal democracies. Challenging the widely held view that the nature of a state's counterterrorist policies depends on the threat it is facing, Foley suggests that such an argument fails to explain why France has mounted more invasive police and intelligence operations against Islamist terrorism than Britain and created a more draconian anti-terrorist legal regime. Drawing on institutional and constructivist theories, he develops a novel theoretical framework that puts counterterrorism in its organisational, institutional and broader societal context. With particular appeal to students and specialists of International Relations and Security Studies, this book will engage readers in the central debates surrounding anti-terrorist policy.

Forfattere
Bibliotekernes beskrivelse The first in-depth comparative analysis of British and French policies and operations against Islamist terrorism. Based on a range of sources and developing an analytical framework for understanding counterterrorism in liberal democracies, this book will engage researchers, students and policy practitioners in the central debates surrounding anti-terrorist policy. 3 Line drawings, unspecified