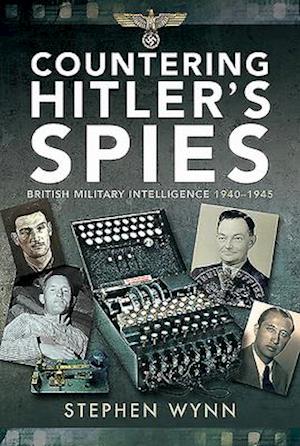 When the military aspect of the Second World War is discussed, especially regarding how the war was won, people tend to talk about, Winston Churchill, D-Day, Dunkirk, the Battle of Britain, the Blitz, the Dam Busters, the Allied bombing of German cities, Montgomery and the North Africa campaign, etc. However, there is one aspect, rarely mentioned and never quite fully appreciated, which played a massive role in winning the war. The Double Cross system, operated by MI5, involved capturing German spies who had been sent to the United Kingdom and offering them the opportunity to become double agents and spy for the British against the Germans. Most agreed, although the alternative wasn't that pleasant: refusing to become a spy would have almost certainly resulted in death.

Spies who worked for MI5, especially those who had initially worked for the Germans, carried out sterling work which resulted in the saving of thousands of Allied lives. The success of the D-Day landings at Normandy, for example, was in part due to the excellent work of a double agent, who helped convince Nazi Germany that the Allied invasion of Europe would take place across the English Channel, at Calais.

One double agent was so good at what he did that Germany awarded him the Iron Cross, whilst Britain made him a Member of the British Empire (MBE).