Cosmic Rays in the Heliosphere 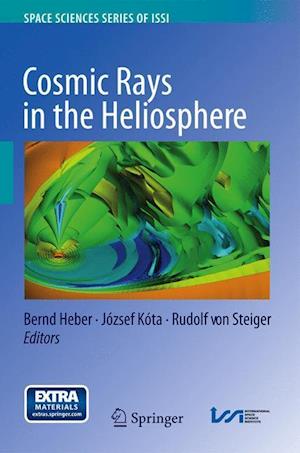 Presents a comprehensive synopsis of the current state of cosmic rays, their modulation and their effects in the Earth's atmosphere.Leading scientists in the field assess the current state of our understanding of the spatial and temporal variations of galactic and anomalous cosmic rays in the Heliosphere, and their relation to effects of the Sun. The main objective is to understand the spatial and temporal variation of galactic and anomalous cosmic rays in the light of recent observations, theory and modeling by identifying the key mechanism(s) of cosmic ray modulation and how changes on the Sun relate to changes in the observed characteristics of cosmic rays in the Heliosphere; examining the current long-lasting solar minimum and understand its implications for solar-cycle variations and long-term variations; and interpreting the long-term variations of cosmogenic radionuclides in terms of solar variability and climate change on Earth.This volume is aimed at graduate students active in the fields of solar physics, space science, and cosmic ray physics.Originally published in Space Science Reviews journal, Vol. 176/1-4, 2013.