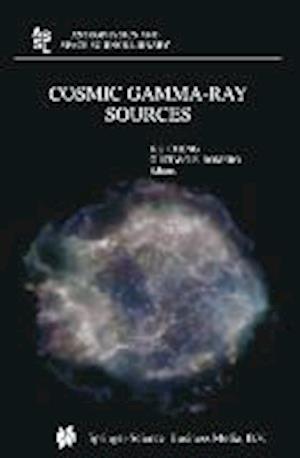 Gamma-ray astronomy has undergone an enormous progress in the last 15 years. The success of satellite experiments like NASA's Comp ton Gamma-Ray Observatory and ESA's INTEGRAL mission, as well as of ground-based instruments have open new views into the high-energy Universe. Different classes of cosmic gamma-ray sources have been now detected at different energies, in addition to young radio pulsars and gamma-ray bursts, the classical ones. The new sources include radio quiet pulsars, microquasars, supernova remnants, starburst galaxies, ra dio galaxies, flat-spectrum radio quasars, and BL Lacertae objects. A large number of unidentified sources strongly suggests that this brief enumeration is far from complete. Gamma-ray bursts are now estab lished as extragalactic sources with tremendous energy output. There is accumulating evidence supporting the idea that massive stars and star forming regions can accelerate charged particles up to relativistic ener gies making them gamma-ray sources. Gamma-ray astronomy has also proved to be a powerful tool for cosmology imposing constraints to the background photon fields that can absorb the gamma-ray flux from dis tant sources. All this has profound implications for our current ideas about how particles are accelerated and transported in both the local and distant U niverse. The evolution of our knowledge on the gamma-ray sky has been so fast that is not easy for the non-specialist scientist and the graduate student to be aware of the full potential of this field or to grasp the fundamentals of a given topic in order to attempt some original contribution.

Forfattere
Bibliotekernes beskrivelse Gamma-ray astronomy has also proved to be a powerful tool for cosmology imposing constraints to the background photon fields that can absorb the gamma-ray flux from dis tant sources. 1 Paperback / softback XII, 408 p.