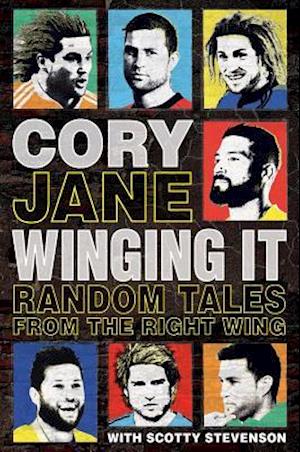 Not since the legendary Eric Rush departed the scene have the All Blacks had a jokester/prankster quite like World Cup-winning winger Cory 'CJ' Jane. A Commonwealth Games Sevens gold medallist and frontline All Black since 2008, Jane is one of the funniest men in New Zealand rugby. He was one of the first All Blacks to embrace social media, in particular Twitter, as a means of connecting with his fans and supporters. His stint as host of the All Blacks online behind-the-scene features 'Room Raiders' was extremely popular and he has also starred as a comments man for Sky Sport. In Winging It: Random Tales from the Right Wing Jane takes the mickey out of everything -- and everyone! -- rugby. No player or occasion is spared the sharp-witted Jane tongue. Get all the goss from the usually fortress-like inner All Blacks sanctum and, most of all, find out all the stuff the players did not want you to know.

Forfattere
Bibliotekernes beskrivelse A Commonwealth Games Sevens gold medallist and frontline All Black since 2008, Cory Jane is one of the funniest men in New Zealand rugby.