indgår i serie RESULTS AND PROBLEMS IN CELL DIFFERENTIATION 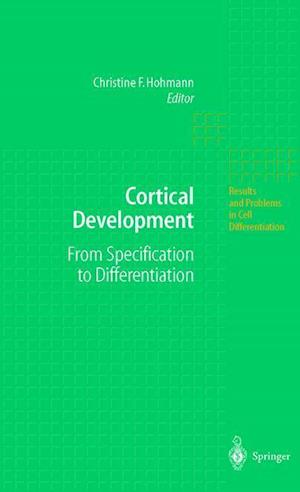 The cerebral neo cortex, unique to mammals, is regarded as the prerequisite for higher cognitive function and is the structure most closely associated with the idea of the "mind" . Expansion of mental capa city between mammals is most typically associated with an evolutionary increase in neocortical volume that culminates in the intricately folded configuration of sulci and gyri so charac teristic of the primate cerebral cortex. Yet, the basic unit structure and funda mental connectivity of cortex appears to have been preserved from the smooth cortex of the mouse or rat to the highly convoluted cortical mantle of the human that, if stretched out as a sheet, would be large enough to wrap the entire human brain multiple times. The basic similarity in structure and func tion has made it possible to conduct studies in the relatively simple cortices of rat or mouse and have the results pertain to the understanding of the primate, including human, cortex. The neo cortex is an intriguing structure for the study of cell differentiation. Its dozens of neuronal cell types and small handful of different glial types have their origin in a pseudostratified germinal epithelium lining the ventricular surface of the forebrain. In its mature form, neocortex is a six-Iayered struc ture; five of its layers contain multiple different but characteristic neuronal types with the sixth occupied by neuronal processes. Various glial cells are dis persed throughout all six layers.