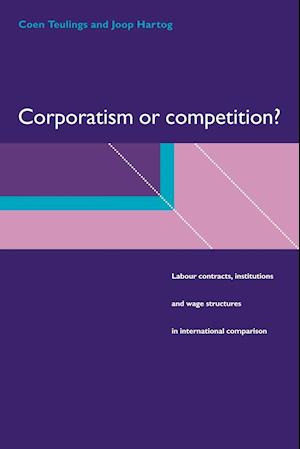 The authors present important research showing that corporatist institutions generate smaller non-competitive wage differentials than a decentralized system. A theoretical explanation is developed based on the hold-up problem in investments, arguing that corporatist institutions solve the problem by specifying ex ante nominal contracts that remove the necessity of ex post bargaining over the surplus of an employment relationship. The authors also argue that such institutions allow sufficient flexibility to accommodate aggregate shocks, even more so than decentralized systems. Corporatism or Competition? is the first book to bring together the mass of research on comparative wage differences, wage movements and employment behaviour in different countries with different institutional frameworks, in an organized and coherent fashion.