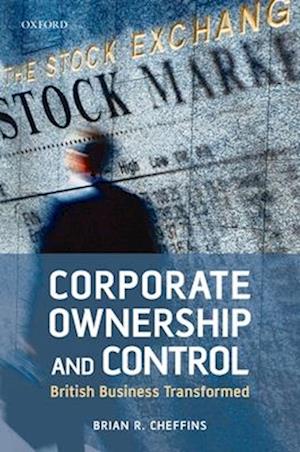 The typical British publicly traded company has widely dispersed share ownership and is run by professionally trained managers who collectively own an insufficiently large percentage of shares to dictate the outcome when shareholders vote. This separation of ownership and control has not only dictated the tenor of corporate governance debate in Britain but serves to distinguish the UK from most other countries. Existing theories fail to account adequately forarrangements in the UK. Corporate Ownership and Control accordingly seeks to explain why ownership became divorced from control in major British companies. The book is organized by reference to the 'sell side', which encompasses the factors that might prompt those owning large blocks of shares to exit or accept dilution of their stake, and the 'buy side', which involves factors that motivate investors to buy equities and deter the new shareholders from themselves exercising control. The book's approach is strongly historical in orientation, as it examines how matters evolved from the 17th century through to today. While a modern-style divorce ofownership and control can be traced back at least as far as mid-19th century railways, the 'outsider/arms-length' system of ownership and control that currently characterizes British corporate governance did not crystallize until the middle of the 20th century. The book brings the story right up todate by showing current arrangements are likely to be durable. Correspondingly, the insights the book offers should remain salient for some time to come.

Forfattere
Bibliotekernes beskrivelse Much discussion on corporate governance assumes companies are owned and controlled separately, yet this is not the norm worldwide. This book explores the foundations of separation in UK companies, asking how the widely held company came to prominence and why and how the UK stock market came to be dominated by institutional shareholders.