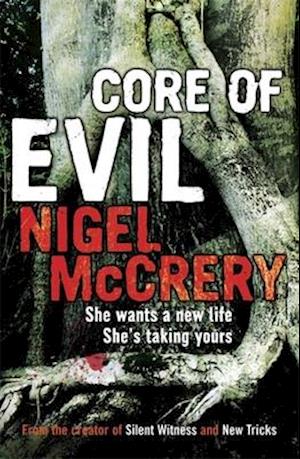 A visceral thriller from the creator of the hit BBC drama Silent Witness, introducing synaesthetic detective DCI Mark Lapslie. I've looked into the eyes of women who have banged nine-inch nails into the skulls of their victims with hammers ... we evaluate them, trying to determine whether they have actually changed, or whether there's still a core of evil within them...Before his diagnosis, DCI Mark Lapslie thought everyone was like him. Now he knows he suffers from synaethesthesia - a rare neurological condition that has cross-wired his senses. The sickening clamour of sounds he can taste has smothered his marriage and stifled his career. At the scene of a fatal traffic accident, Lapslie's interest isn't in the recently deceased driver, rather the desiccated corpse found lying next to him. Something about the body stirs a fleeting recollection at the back of Lapslie's mind... he can't quite put his finger on it, but he can almost taste it... Memories haunt Violet Chambers. Taking tea with her friend Daisy, she knows it's time to move on. As Daisy falls to the floor, eyes streaming, face burning, Violet calmly waits. Black hellebore is remarkably potent. It won't be long now. Discover the other books in the DCI Mark Lapslie series: Tooth and Claw, Scream, Thirteenth Coffin and Flesh and Blood.