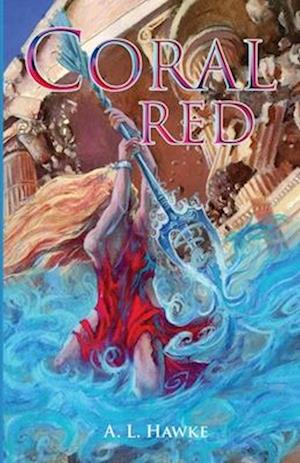 The immortal shall die by the will of Persephone.

Greek triremes approach the shores of Cassandra's kingdom, home of the Amazon nymphs, threatening a sea battle. At a young age, Cassandra is forced to defend Azure Blue. If she cannot stave off invasion, Zeus will finally have victory over the nymphs.

Meanwhile the young Greek hero Theseus Aegeus tries to lay claim to Athens. His father, the sea god Poseidon, orders him to complete a series of tasks. While completing one, Theseus meets Cassandra in Atlantis. He is struck by the queen's strength, beauty, and righteousness. Unlike his people, he does not wish her or her subjects harm. But can the couple do anything to avert a war that's been building for centuries?

No matter what the outcome, Mount Olympus will have to contend with Cora, the goddess Persephone. No one can douse the fire stewing in the depths of her heart. But if Cora wars, she risks hurting the land and people she loves amidst her deluge of fury.¿