Coping with Survivors and Surviving 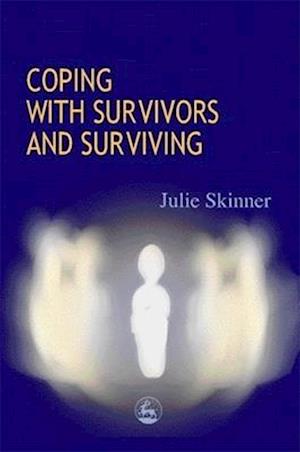 This book is based upon the author's attempts to explore how survivors of child sexual abuse, and mothers and teachers of such survivors coped in the aftermath of the abuse. The author adopted a qualitative approach by conducting interviews with seven adult survivors af child sexual abuse, seven mothers whose children had been sexually abused and 14 teachers who have had direct experiences of working with sexually abused children.The book does provide important insights for workers and agencies into the need for more proactive interventions to support the survivors, mothers and teachers who have had direct experiences of child sexual abuse. The important role of the education system in supporting families was reinforced by the study and this provides valuable support to the ongoing research into the potential roles of the education system in promoting child mental health.'- Journal of Interprofessional CareWhat happens to the survivors of child sexual abuse in its aftermath? How do parents and teachers engage with children who have suffered abuse? Based on a qualitative study exploring the effects of child sexual abuse on children, their mothers and their teachers, Coping with Survivors and Surviving is the first book to consider how the reactions of these different groups relate to, and are affected by each other. In her interviews with these groups, Julie Skinner focuses on:- the family life of the survivors and the process of disclosure- how all those involved with the child coped at the time of the disclosure and during its aftermath- the issues and tensions which were resolved and those which have remained unresolved.The author analyses these different and often conflicting perspectives, placing them in the context of the literature on coping with trauma, and psychoanalytic and sociological theories on the mother - child relationship. She goes on to develop a model for exploring the ways in which interaction may affect perceptions and outcomes, suggesting that mothers and teachers may be seen as secondary victims of child sexual abuse. Emphasising the necessity of support for all those involved in such cases, Julie Skinner draws out the implications for welfare services and makes recommendations for how they can be improved.

Forfattere
Bibliotekernes beskrivelse Based on a study exploring the effects of child sexual abuse on children, their mothers and their teachers, Coping with Survivors and Surviving is the first book to consider how the reactions of these different groups are affected by each other. Julie Skinner recommends how welfare services can be improved to support all involved in such cases.