Cooperating with the Colossus 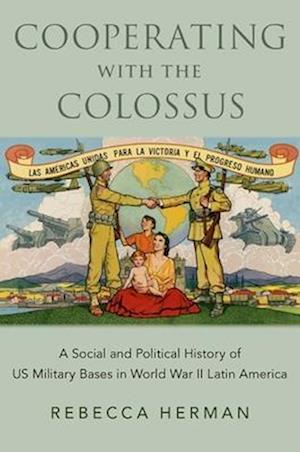 Philosophical optimists maintain that the world is optimally arranged and is accordingly valuable, and that the existence of human beings is preferable to their nonexistence. Philosophical pessimists, by contrast, would prefer human nonexistence, considering the world to be in a woeful condition and ultimately valueless. The Value of the World and of Oneself examines the longstanding debate between philosophical optimism and pessimism in the history ofphilosophy, focusing on Aristotle, Maimonides, Spinoza, Schopenhauer, Nietzsche, and Camus. Author Mor Segev examines how Schopenhauer criticizes the optimism he locates in the Hebrew Bible and in Spinoza for being unable to square the presumed perfection of the world and its parts, including human life, with the suffering and misfortunes observable in them, and for leading to egoism and thereby to cruelty. Nietzsche, in turn, criticizes Schopenhauer's overtly pessimistic view for furtively positing a perfect state for one to aspire to, thus being latently optimistic. Similarly,Camus charges Nietzsche, who announces his rejection of both optimism and pessimism, with deifying the world and oneself, thereby reverting to optimism. Aristotle countenances an optimistic theory, later adopted and developed by Maimonides, that is arguably capable of facing Schopenhauer's challenge.Aristotelian optimism, Segev argues, accounts for the perfection of the world in terms of a hierarchy of value between its parts, with human beings ranked relatively low, and recommends an attitude congruent with that ranking. A wide-ranging survey of the major theorists of optimism and pessimism, The Value of the World and of Oneself reorients our interpretations of crucial thinkers via Segev's remarkable grasp of the philosophical canon's multi-millennial history.During the Second World War, the United States built over two hundred defense installations on sovereign soil in Latin America in the name of cooperation in hemisphere defense. Predictably, it proved to be a fraught affair. Despite widespread acclaim for Pan-American unity with the Allied cause, defense construction incited local conflicts that belied the wartime rhetoric of fraternity and equality. Cooperating with the Colossus reconstructs the history of US basing in World War II Latin America, from the elegant chambers of the American foreign ministries to the cantinas, courtrooms, plazas, and brothels surrounding US defense sites. Foregrounding the wartime experiences of Brazil, Cuba, and Panama, the book considers how Latin American leaders and diplomats used basing rights as bargaining chips to advance their nation-building agendas with US resources, while limiting overreachby the "Colossus of the North" as best they could. Yet conflicts on the ground over labor rights, discrimination, sex, and criminal jurisdiction routinely threatened the peace. Steeped in conflict, the story of wartime basing certainly departs from the celebratory triumphalism commonly associated with thisperiod in US-Latin American relations, but this book does not wholly upend the conventional account of wartime cooperation. Rather, the history of basing distills a central tension that has infused regional affairs since a wave of independence movements first transformed the Americas into a society of nations: national sovereignty and international cooperation may seem like harmonious concepts in principle, but they are difficult to reconcile in practice.Drawing on archival research in five countries, Cooperating with the Colossus is a revealing history told at the local, national, and international levels of how World War II transformed power and politics in the Americas in enduring ways.