indgår i serie Studies in the Eighteenth Century 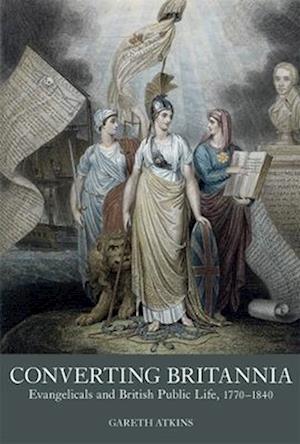 SHORTLISTED for the shortlisted for the EHS Book Prize 2020 The moralism that characterized the decades either side of 1800 - the so-called 'Age of William Wilberforce' - has long been regarded as having a massive impact on British culture. Yet the reasons why Wilberforce and his Evangelical contemporaries were so influential politically and in the wider public sphere have never been properly understood. Converting Britannia shows for the first time how and why religious reformism carried such weight. Evangelicalism, it argues, was not just an innovative social phenomenon, but also a political machine that exploited establishment strengths to replicate itself at home and internationally. The book maps networks that spanned the churches, universities, business, armed forces and officialdom, connecting London and the regions with Europe and the world, from business milieux in the City of London and elsewhere through the Royal Navy, the Colonial Office and East India and Sierra Leone companies. Revealing how religion drove debates about British history and identity in the first half of the nineteenth century, it throws new light not just on the networks themselves, but on cheap print, mass-production and the public sphere: the interconnecting technologies that sustained religion in a rapidly modernizing age and projected it into new contexts abroad. GARETH ATKINS is a Bye-Fellow at Queens' College, University of Cambridge.

Forfattere
Bibliotekernes beskrivelse A compelling study of Anglican Evangelicalism in the Age of Wilberforce revealing its potency as a political machine whose reach extended into every area of the British establishment and its nascent Empire.