Conversion and Islam in the Early Modern Mediterranean

- The Lure of the Other 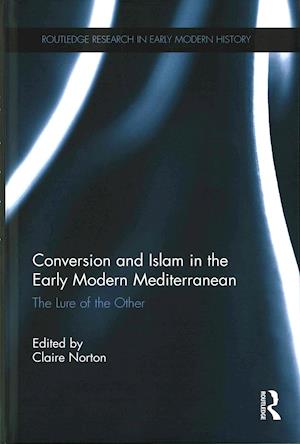 The topic of religious conversion into and out of Islam as a historical phenomenon is mired in a sea of debate and misunderstanding. It has often been viewed as the permanent crossing of not just a religious divide, but in the context of the early modern Mediterranean also political, cultural and geographic boundaries. Reading between the lines of a wide variety of sources, however, suggests that religious conversion between Christianity, Judaism and Islam often had a more pragmatic and prosaic aspect that constituted a form of cultural translation and a means of establishing communal belonging through the shared, and often contested articulation of religious identities. The chapters in this volume do not view religion simply as a specific set of orthodox beliefs and strict practices to be adopted wholesale by the religious individual or convert. Rather, they analyze conversion as the acquisition of a set of historically contingent social practices, which facilitated the process of social, political or religious acculturation. Exploring the role conversion played in the fabrication of cosmopolitan Mediterranean identities, the volume examines the idea of the convert as a mediator and translator between cultures. Drawing upon a diverse range of research areas and linguistic skills, the volume utilises primary sources in Ottoman, Persian, Arabic, Latin, German, Hungarian and English within a variety of genres including religious tracts, diplomatic correspondence, personal memoirs, apologetics, historical narratives, official documents and commands, legal texts and court records, and religious polemics. As a result, the collection provides readers with theoretically informed, new research on the subject of conversion to or from Islam in the early modern Mediterranean world.