- The Ghulat Muslims and Their Beliefs 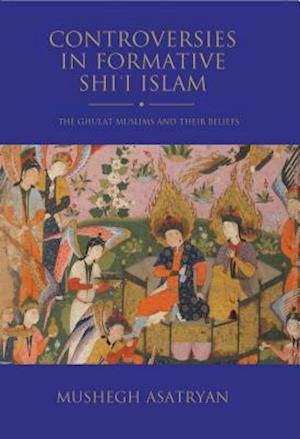 I.B.Tauris in association with the Institute of Ismaili StudiesAmong the various Muslim communities that were articulating their doctrinal positions in the early Islamic centuries, one in particular was known derisively as the Ghulat ('extremists'). This was owing to their specific interpretation of Islam, which included an 'extreme' devotion to the Shi'i Imams and the family of the Prophet, and controversial religious ideas, such as the transmigration of souls into other human or sub-human forms. Widely active in Iraq in the 8th and 9th centuries, the Ghulat developed a complex worldview and produced a rich religious literature. Until now, understanding of this community has mainly relied on sources produced outside of the group, which are inaccurate or polemical in nature. This book looks at newly recovered primary texts in order to study the Ghulat first hand. Mushegh Asatryan examines the development of the Ghulat writings, situating the community within a broader historical context and offering a comprehensive survey of their distinctive cosmology.Through his detailed analysis, the book offers insight into the formation of one of the earliest religious traditions in Islamic history as well as the nature of the community in which texts were produced and circulated.

Forfattere
Bibliotekernes beskrivelse Among the various Muslim communities that were articulating their doctrinal positions in the early Islamic centuries, one in particular was known derisively as the Ghulat ('extremists').