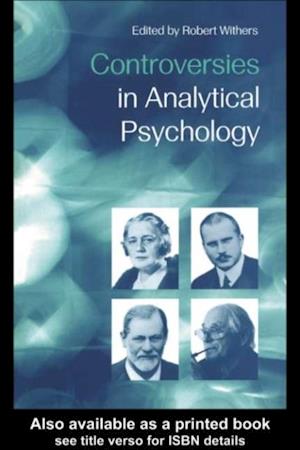 How can controversy promote mutual respect in analytical psychology?Analytical psychology is a broad church, and influences areas such as literature, cultural studies, and religion. However, in common with psychoanalysis, there are many different schools of thought and practice which have resulted in divisions within the field. Controversies in Analytical Psychology picks up on these and explores many of the most hotly contested issues in and around analytical psychology.A group of leading international Jungian authors have contributed papers from contrasting perspectives on a series of key controversies. Some of these concern clinical issues such as what helps patients get better, or how closely analysts should work with the transference. Other contributions focus on the relationship between analytical psychology and other disciplines including evolutionary theory, linguistics, politics and religion. A critical eye is cast over Jungian theories and practices, and a number of questions are raised:* are they homophobic?* do they denigrate women?* do they confuse absolute with narrative truth?* are the frequency of sessions chosen for political rather than clinical reasons?Controversies in Analytical Psychology encourages critical thinking on a variety of issues, helping foster dialogue and investigation in a climate of mutual respect and understanding. It will be invaluable for Jungian analysts and psychoanalysts in training and practice and psychotherapists.