Contractarian Approach to Law and Justice 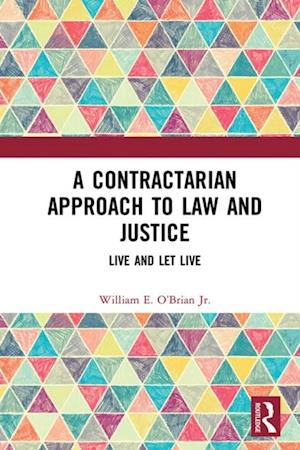 This book presents a distinctive version of a contractarian approach to law and justice. The work argues that law and justice are social norms that arise from a process of social evolution, and are binding only if and to the extent that they are mutually beneficial. It explicitly rejects accounts of law and justice that are based on morality, on the basis that morality itself is only legitimately founded on mutual advantage. But it also rejects most existing versions of contractarianism, which are based on ideas of hypothetical agreements by rational contractors, in favour of an approach that is based on actually existing social norms, but advocates critically examining these norms and discarding those that are not truly mutually beneficial.The i rst half of the book develops the approach, while the second half explores some of its implications for law. It argues for a left-libertarian approach to property, an approach largely based on the common law of tort, contract and criminal law, and a rejection of most statutory law, which is based not on mutual advantage but rather on benei ting some at the expense of others. However, it ultimately recognises that there are those who want a more extensive state than this approach allows, and advocates a strong form of federalism to allow this, provided robust exit rights are provided.The book combines political philosophy, economics and law into an approach that is broadly libertarian but distinctive in many respects. It will be of interest to scholars in all three of those disciplines.