- Foundations and Applications of Mechanics (Volume 1) 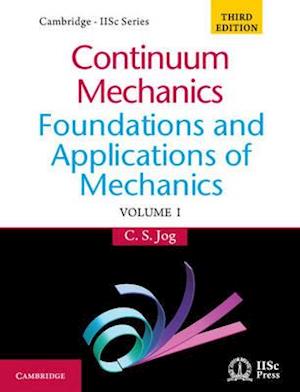 Continuum mechanics studies the foundations of deformable body mechanics from a mathematical perspective. It also acts as a base upon which other applied areas such as solid mechanics and fluid mechanics are developed. This book discusses some important topics, which have come into prominence in the latter half of the twentieth century, such as material symmetry, frame-indifference and thermomechanics. The study begins with the necessary mathematical background in the form of an introduction to tensor analysis followed by a discussion on kinematics, which deals with purely geometrical notions such as strain and rate of deformation. Moving on to derivation of the governing equations, the book also presents applications in the areas of linear and nonlinear elasticity. In addition, the volume also provides a mathematical explanation to the axioms and laws of deformable body mechanics, and its various applications in the field of solid mechanics.