indgår i serie APPLICATIONS OF MATHEMATICS 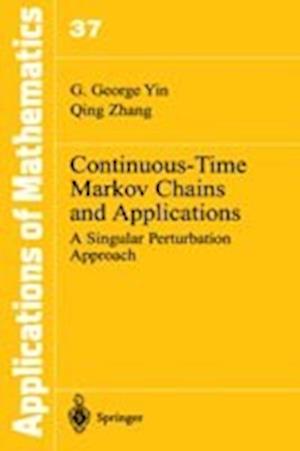 Using a singular perturbation approach, this is a systematic treatment of those systems that naturally arise in queuing theory, control and optimisation, and manufacturing, gathering a number of ideas which were previously scattered throughout the literature. The book presents results on asymptotic expansions of the corresponding probability distributions, functional occupation measures, exponential upper bounds, and asymptotic normality. To bridge the gap between theory and applications, a large portion of the book is devoted to various applications, thus reducing the dimensionality for problems under Markovian disturbances and providing tools for dealing with large-scale and complex real-world situations. Much of this stems from the authors'recent research, presenting results which have not appeared elsewhere. An important reference for researchers in applied mathematics, probability and stochastic processes, operations research, control theory, and optimisation.

Forfattere
Bibliotekernes beskrivelse This book discusses probability models in which some variables vary quickly relative to others. The book will be of interest to researchers and graduate students in applied probability, physics, biology, communication theory, and stochastic processes. 1, black & white illustrations