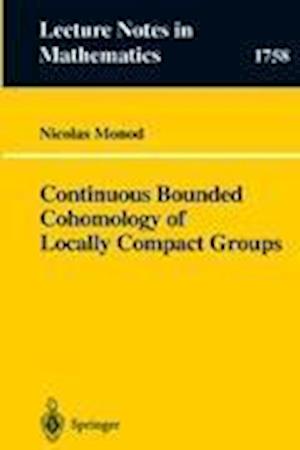 Recent research has repeatedly led to connections between important rigidity questions and bounded cohomology. However, the latter has remained by and large intractable. This monograph introduces the functorial study of the continuous bounded cohomology for topological groups, with coefficients in Banach modules. The powerful techniques of this more general theory have successfully solved a number of the original problems in bounded cohomology. As applications, one obtains, in particular, rigidity results for actions on the circle, for representations on complex hyperbolic spaces and on Teichmuller spaces. A special effort has been made to provide detailed proofs or references in quite some generality.