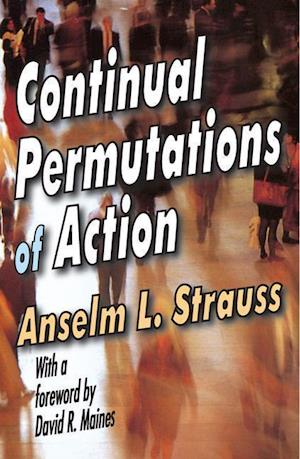 Richard Bernstein expressed the view that pragmatism was ahead of its time; the same has been true of symbolic interactionism. These two closely related perspectives, one philosophical and the other sociological, place human action at the center of their explanatory schemes. It has not mattered what aspect of social or psychological behavior was under scrutiny. Whether selves, minds, or emotions, or institutions, social structures, or social change, all have been conceptualized as forms of human activity. This view is the simple genius of these perspectives. Anselm Strauss always took ideas pertaining to action and process seriously. Here he makes explicit the theory of action that implicitly guided his research for roughly forty years. It is understood that Strauss accepts the proposition that acting (or even better, interacting) causes social structure. He lays the basis for this idea in the nineteen assumptions he articulates early in the book--assumptions that elaborate and make clearer Herbert Blumer's famous premises of symbolic interactionism.The task Strauss put before himself is how to keep the complexity of human group life in front of the researcher/theorist and simultaneously articulate an analytical scheme that clarifies and reveals that complexity. With these two imperfectly related issues before him, Strauss outlines an analytical scheme of society in action. It is a scheme that rests not on logical necessity but on research and observation, and the concepts he uses are proposed because they do a certain amount of analytical work. One would be well advised to take Continual Permutations of Action very seriously.