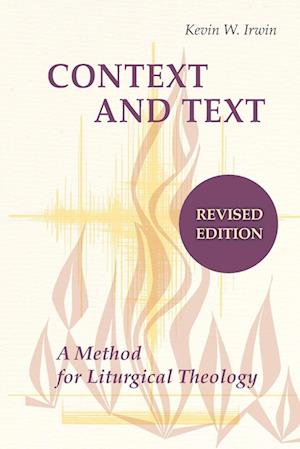 One of the most influential works in the debate over the concept and definitions of liturgical theology, Context and Text by Monsignor Kevin W. Irwin is now available in a completely rewritten, new edition.

In light of the historical, theological, and pastoral mandates of the Constitution on the Sacred Liturgy, Context and Text is both a proposal for and an example of an investigation of the church's liturgical praxis from a liturgical-theological perspective. This second edition, which includes an expanded introduction, covers:

- consideration for changes in the cultural contexts in which people celebrate the liturgy.

Besides brand-new chapters on time and sacramentality, and additions to the chapter on the arts, this edition also considers the ongoing 'texts and contexts' of the liturgy as always a new event in the life and ongoing discussion of liturgical theology within Christianity.