Context and Cognition in Consumer Psychology

- How Perception and Emotion Guide Action 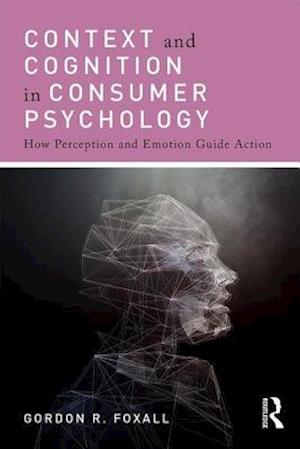 Context and Cognition in Consumer Psychology is concerned with the psychological explanation of consumer choice. It pays particular attention to the roles of perception and emotion in accounting for consumers' actions and their interaction with the desires and beliefs in terms of which consumer choice is frequently analyzed. In this engaging book, Gordon Foxall extends and elaborates his theory of consumer action, based on the philosophical strategy of Intentional Behaviorism. In doing so, he introduces the concept of contingency-representation to explore the ways in which consumers mentally represent the consequences of past decisions and the likely outcomes of present consumption. The emphasis is on action rather than behavior and the manner in which the intentional consumer-situation, as the immediate precursor of consumer choice, can be reconstructed in order to explain consumer actions in the absence of the environmental stimuli required by behaviorist psychology. The result is a novel reaffirmation of the role of cognition in the determination of consumer choice. Besides the concept of contingency-representation which the author introduces, the analysis draws upon psychoanalytic concepts, theories of cognitive structure and processing, and the philosophy of perception to generate a stimulating synthesis for consumer research. The book will be of interest to students and researchers in consumer behavior and economic psychology and to all who seek a deeper interdisciplinary understanding of the contextual and cognitive interactions that guide choice in the market place.