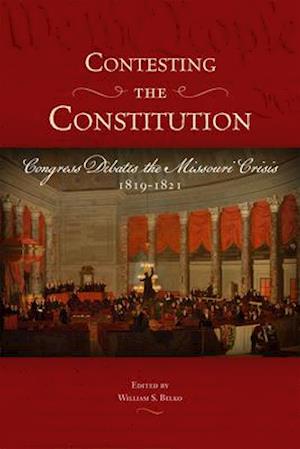 The admission of Missouri to the Union quickly became a constitutional crisis of the first order, inciting an intensive reexamination of the U.S. Constitution by the U.S. Congress. The heart of the question in need of resolution was whether that body possessed the authority to place conditions on a territory--in this instance Missouri--regarding restrictions on slavery--before its admittance to the Union. The larger question with which the legislators grappled were the limits of the Constitution's provisions granting Congress the authority to affect the institution of slavery--both where it already existed and where it could expand. The issue--what would come to be known as the Missouri Crisis--severely tested the still young republic and, some four decades later, would all but rend it asunder. This timely collection of original essays thoughtfully engages the intersections of history and constitutional law, and is certain to find eager readers among historians, legal scholars, political scientists, as well as many who call Missouri home.