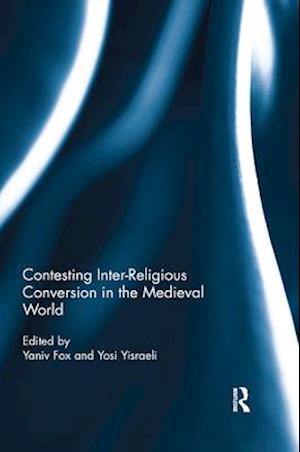 The Mediterranean and its hinterlands were the scene of intensive and transformative contact between cultures in the Middle Ages. From the seventh to the seventeenth century, the three civilizations into which the region came to be divided geographically - the Islamic Khalifate, the Byzantine Empire, and the Latin West - were busily redefining themselves vis-a-vis one another. Interspersed throughout the region were communities of minorities, such as Christians in Muslim lands, Muslims in Christian lands, heterodoxical sects, pagans, and, of course, Jews. One of the most potent vectors of interaction and influence between these communities in the medieval world was inter-religious conversion: the process whereby groups or individuals formally embraced a new religion. The chapters of this book explore this dynamic: what did it mean to convert to Christianity in seventh-century Ireland? What did it mean to embrace Islam in tenth-century Egypt? Are the two phenomena comparable on a social, cultural, and legal level? The chapters of the book also ask what we are able to learn from our sources, which, at times, provide a very culturally-charged and specific conversion rhetoric. Taken as a whole, the compositions in this volume set out to argue that inter-religious conversion was a process that was recognizable and comparable throughout its geographical and chronological purview.