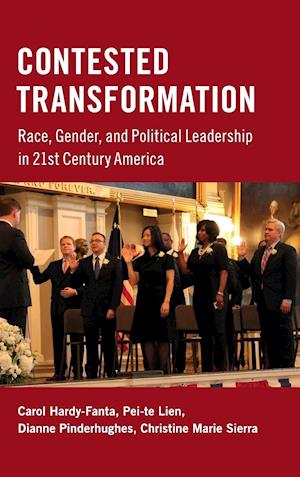 Contested Transformation constitutes the first comprehensive study of racial and ethnic minorities holding elective office in the United States at the beginning of the twenty-first century. Building on data from the Gender and Multicultural Leadership (GMCL) National Database and Survey, it provides a baseline portrait of Black, Latino, Asian American, and American Indian elected officials - the women and men holding public office at national, state, and local levels of government. Analysis reveals commonalities and differences across race and gender groups on their backgrounds, paths to public office, leadership roles, and policy positions. Challenging mainstream political science theories in their applicability to elected officials of color, the book offers new understandings of the experiences of those holding public office today. Gains in political leadership and influence by people of color are transforming the American political landscape, but they have occurred within a contested political context, one where struggles for racial and gender equality continue.

Forfattere
Bibliotekernes beskrivelse The book constitutes the first study of racial and ethnic minorities holding elective office in the United States at the beginning of the twenty-first century. It offers new understandings of the experiences of the men and women holding public office today, as well as their backgrounds and policy positions. 3 Maps; 1 Halftones, color; 20 Halftones, black and white