- The Politics of National Identity in China 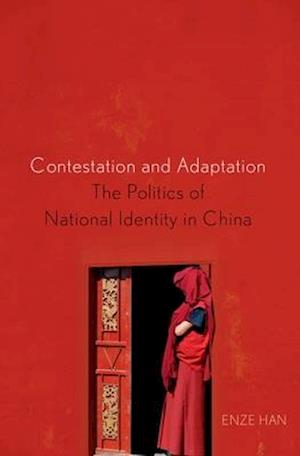 Contestation and Adaptation unravels the complexities of national-identity contestation among various ethnic minority groups in China. It focuses on the interactions between domestic and international forces that inform ethnic groups' national-identity contestation, positing a theoretical framework where international factors play a significant role in determining why and when ethnic groups will contest the national identities imposed on them by centralgovernments as part of the nation-building process. Simmering grievances and occasional outbursts of social unrest among ethnic minority populations in China challenge not only the ruling party's legitimacy and governance, but also contemporary Chinese national identity and the territorial integrity of the Chinese state. But, as Enze Han points out, of the fifty-five ethnic minority groups in China, only the Tibetans and Uyghurs have forcefully contested the idea of a Chinese national identity. He argues that whether ethnic groups contest thosenational identities depends on whether they perceive a better, achievable alternative. In particular, Han argues that ethnic groups with extensive external kinship networks are most likely to perceive a capacity to achieve better circumstances and are, therefore, more likely to politically mobilizeto contest national identity. In the absence of such alternatives ethnic groups are more likely to cope with their situation through emigration, political ambivalence, or assimilation. Using this theoretical framework, the book compares the way that five major ethnic minority groups in China negotiate their national identities with the Chinese nation-state: Uyghurs, Chinese Koreans, Dai, Mongols, and Tibetans. Overall, Contestation and Adaptation sheds light on the nation-building processes in China over the past six decades and the ways that different groups have resisted or acquiesced in their dealings with the Chinese state and majority Han Chinese society.

Forfattere
Bibliotekernes beskrivelse This book compares five major ethnic groups in China and how they negotiate their national identities with the Chinese nation-state: Uyghurs, Chinese Koreans, Dai, Mongols, and Tibetans. By studying their diverse pattern of national identity construction, it sheds light on the nation-building processes in China during the past six decades.