Contestants, Profiteers, and the Political Dynamics of Marketization

- How Shareholders gained Control Rights in Britain, Germany, and France 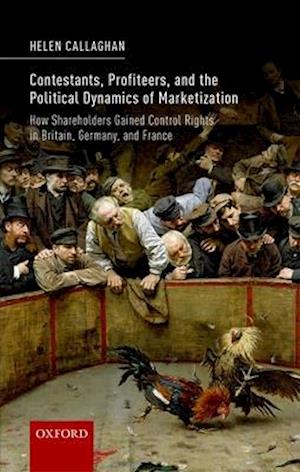 Since the early 1980s, governments worldwide have taken many measures to expand the role of markets. Recent political events reflect widespread disenchantment with neoliberal policies, but it remains doubtful whether populist leaders will deliver the market restraints that many of their voters expect. This book explains the resilience of marketization processes by highlighting the role of profiteers- namely those who, like the organizer of a cock fight, benefit fromcontests regardless of who wins. By setting up shop on the sidelines, profiteers accumulate resources that boost political efforts to maintain and expand the arena of competition. Evidence comes from the evolution of support for shareholder rights relating to takeover bids among key interest groupsand political parties in three countries since the late nineteenth century.