Contention and Regime Change in Asia

indgår i serie Challenges to Democracy in the 21st Century 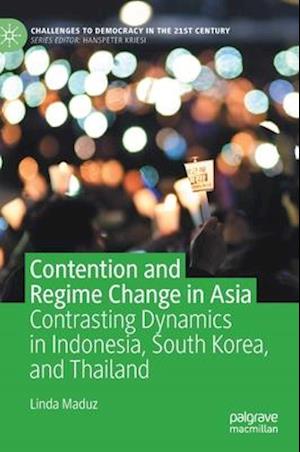 In undemocratic settings, where modes of political participation and interest mediation are severely limited, protest may become a major form of political action. When and why does popular upsurge occur in such a setting? What form does it take and what do people ask for? When does protest become regime-threatening? And how does the authoritarian government react? This book explains the dynamics we observe during regime change facing high contention, in which much is at stake both for those in power and their challengers. Focussing on the experiences of democratizing countries in Asia, the author shows that even in the chaotic context of regime change there are regularities in when and how people mobilize. The book applies concepts and methods used in social movement research to the study of regime change and is based on a newly collected protest event dataset of 20 years for Indonesia, South Korea, and Thailand.