- Reassessing the Impacts of an Urban Visionary 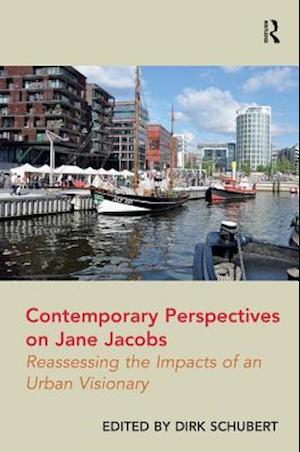 Jane Jacobs's famous book The Death and Life of Great American Cities (1961) has challenged the discipline of urban planning and led to a paradigm shift. Controversial in the 1960s, most of her ideas became generally accepted within a decade or so after publication, not only in North America but worldwide, as the articles in this volume demonstrate. Based on cross-disciplinary and transnational approaches, this book offers new insights into her complex and often contrarian way of thinking as well as analyses of her impact on urban planning theory and the consequences for planning practice. Now, more than 50 years after the initial publication, in a period of rapid globalisation and deregulated approaches in planning, new challenges arise. The contributions in this book argue that it is not possible simply to follow Jane Jacobs's ideas to the letter, but instead it is necessary to contextualize them, to look for relevant lessons for cities and planners, and critically to re-evaluate why and how some of her ideas might be updated. Bringing together an international team of scholars and writers, this volume develops conclusions based on new research as to how her work can be re-interpreted under different circumstances and utilized in the current debate about the proclaimed 'millennium of the city', the 21st century.